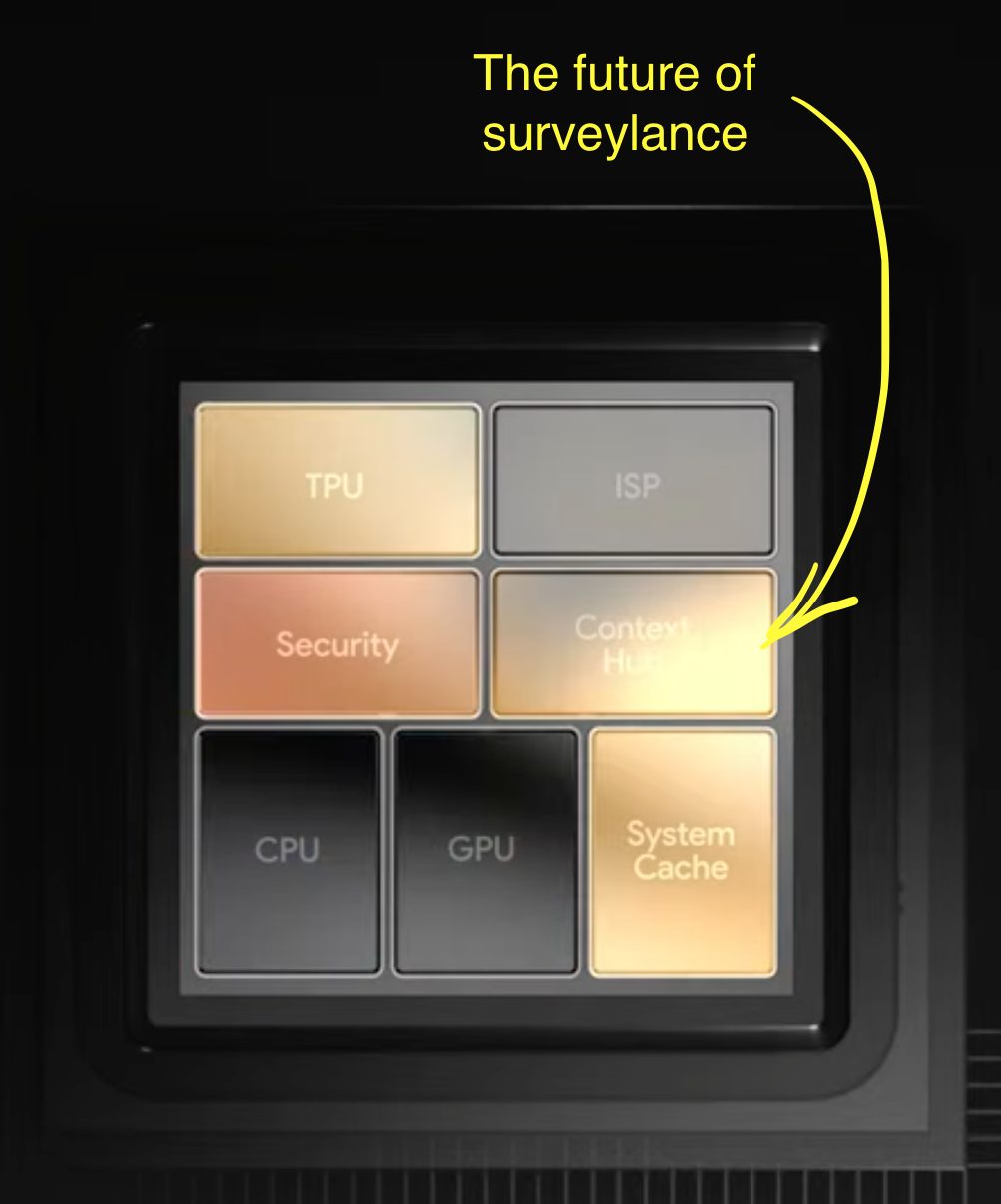 Your phone can now listen to everything you say

I've heard this comment many times before: "Google is listening to everything that I am saying". Until today my response was: that cannot be true, because there are no technical capabilities yet to be able to process speech and convert it to text on your phone, and sending audio to Google servers is going to drain the battery in an hour.

Starting today I retract my answer. Google just announced their new pixel chip, and its "context hub" core is designed specifically for this purpose: run machine learning algorithms with low power consumption, so now speech recognition is entirely possible on the device, in the background, without draining the battery. They claim they use it only for "What's playing now" functionality, which is a Shazam-like music recognition feature of Google Assistant, but to go from that to the full fledged text recognition is just a matter of a software update. I am not saying that Google is going to do it, but the cat is out of the box. 3rd parties can release the software that will do it, and other manufacturers will make chips that are capable of that