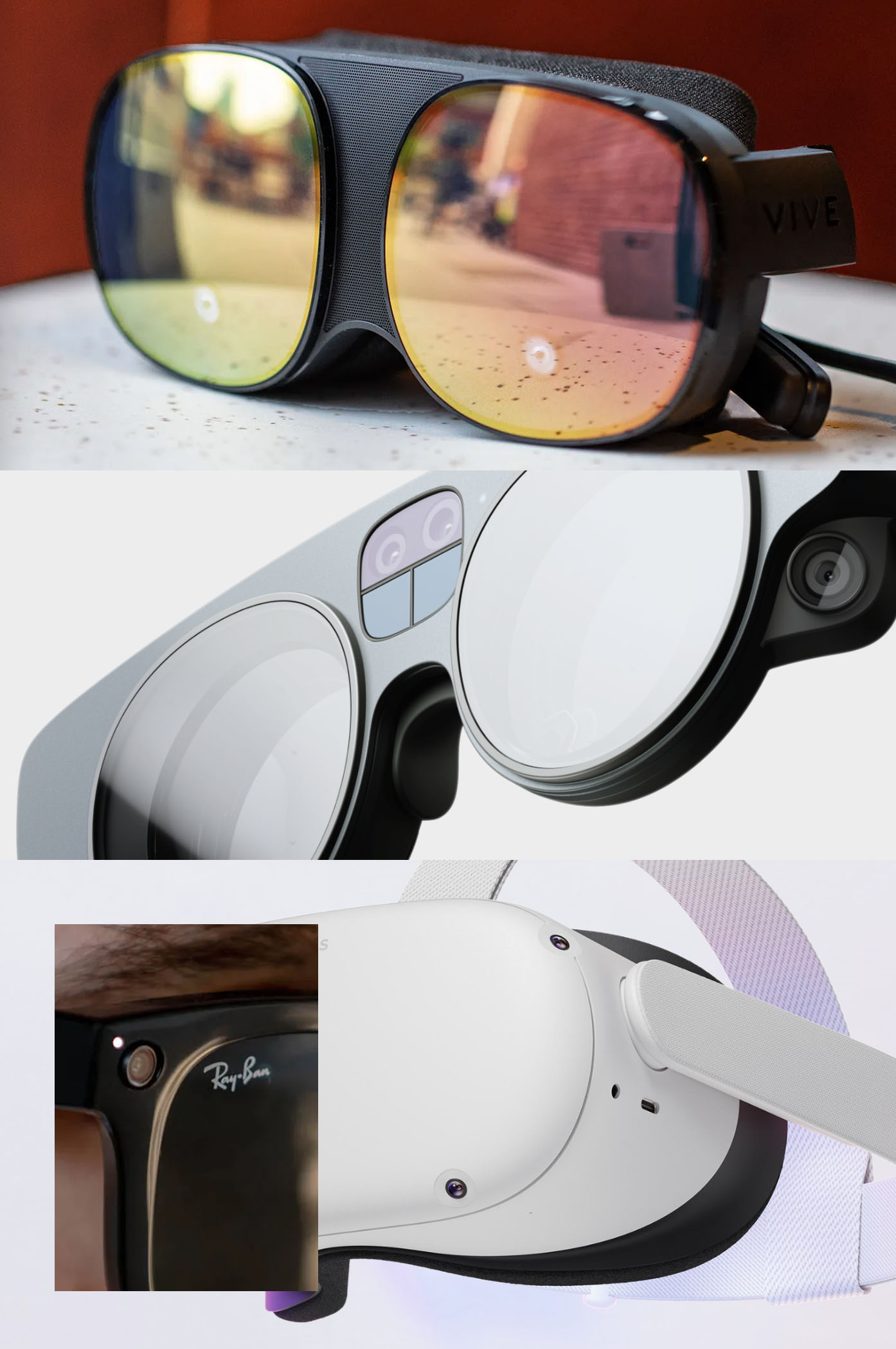 We all remember the world before there was iPhone. The wide variety of shapes, colors, and form factors in the mobile phones. Styluses and keyboards. Flip phones and candy sticks. Some phones could do maps, others - take pictures, others yet could send and receive corporate email. Some worked for a week on one battery charge. And then Steve Jobs demonstrated to the world what the phone should look like and now all the phones on the planet look like an iPhone. How did Apple achieve this? How did they create a product in a fully saturated market, that not just created a new market, but also completely destroyed two others (mp3 players, and digital cameras). The answer is - they had a strategy!

With Steve Jobs gone (RIP Steve), they couldn't quite repeat it with the watch, but it looks like they are about to do it again with the AR/VR.

What seems to be the core of their strategy is that they are preparing the market for the release of their product. Creating all the necessary conditions for a successful launch: content, ecosystem, and the community of developers, and only then will they actually launch the product.

This is exactly the opposite of what Google did with Google Glass. They first released it, hoping that somehow the excited developer community will materialize, and create interesting content, and successful use cases. They are still at it, and only now, 10 years later "Extending access to Google Meet for Glass Enterprise Edition". Everyone else is doing things that are somewhat similar. Walking in the dark, hoping to stumble upon a killer use case: virtual meetings, games, airplane engine repairmen assistance. Facebook seems that it is ahead of all competition for now with its Oculus Quest 2 headset, and are salivating at all our private data, that they are hoping to get with its help.

Apple seems to have learned their lesson with its watch, and will not release its product until the market is ready for it. And what are they doing to prepare for it?
They release ARKit a while back followed by RealityKit. They added robust depth sensor (LIDAR) to their iPhones and iPad pro, that capture depth information together with each phone, and now they have given everyone an easy tool to create 3d models of objects in the real world. In other words they are creating reasons for people to buy AR and VR glasses. Next week they are releasing the new MacBook Pro with M1X chip, which I bet will have the tools for creating 3d worlds, as well as augment real world with 3d objects.

And once the ecosystem is ready, they will reveal their hardware, and all the glasses in world will look exactly the same, just like the phones of today.